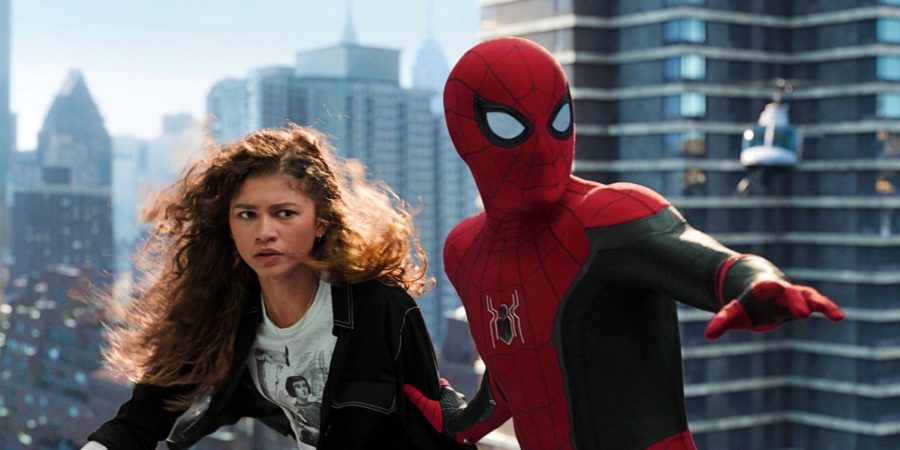 Spider-Man might Rue the day his girlfriend loses her euphoria over Peter Parker.

Spider-Man: No Way Home is the third installment in the recent Spider-Man trilogy with Tom Holland playing the titular character.

The story follows the previous blockbuster, Spider-Man: Far From Home, where Mysterio outs Peter Parker as Spider-Man and turns the city of New York against the rising high school senior.

It’s hard enough being a senior, trying to apply to colleges, filling out forms and meeting recruiters but this kid from Queens also must cope with being tried in the court of public opinion as a criminal.

No wonder Peter wants everyone to forget that he does whatever a spider can.

To spin his web of amnesia, Peter enlists the help of Doctor Strange (Benedict Cumberbatch) to cast a spell to make everyone in the world forget his true identity. Strange agrees to help him, but when Peter keeps adding new variations to the spell, it eventually breaks and opens a rip in the multiverse. Now, instead of everyone forgetting he’s Spider-Man, characters from other universes who know Peter Parker is Spider-Man are brought to this world.

Holland, Maguire and Garfield together, at last. It was like that pointing meme came to life. 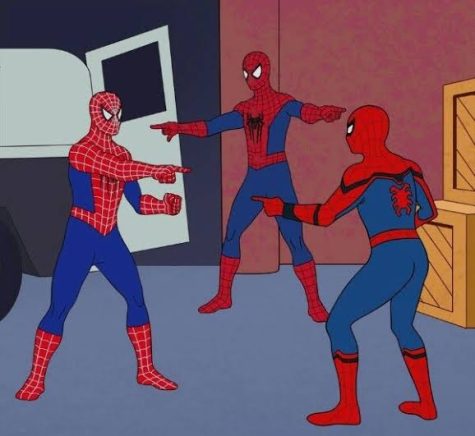 In the end, all three Spider-Men team up in order to fight the five villains mentioned beforehand creating an epic final battle. But in order for Holland’s Peter to stop more villains from coming into their world from other universes, Strange has to cast a spell that makes the entire world forget who Peter Parker is. Now, Peter must go on his own and reinvent himself as Spider-Man with no one to help him along the way. This was the perfect end to one of the best Spider-Man trilogies to exist. Not only did the movie have a ton of fan service, with past characters coming back to reprise their roles, but it oddly had Peter Parker’s origin story in the third movie.

Everyone has seen the origin of Spider-Man, but what made Holland’s Peter different was he didn’t have an origin story in the beginning. With his first appearance in Captain America: Civil War, he was just always Spider-Man.

They definitely alluded to the details of the original spider bite and Uncle Ben’s death, but none was ever shown on screen.

And thank god they didn’t.

When Holland swung into the role, we were now three Spider-Men in over the span of 14 years. So when the world forgets who Spider-Man is, Holland can become his own true version of Spidey.

Not only did this movie have a great story, but the performances given by the actors were truly remarkable. Willem Dafoe managed not only to capture the absolute mania and chaotic behavior of the Green Goblin, but he also managed to show the audience the true side of Norman Osborne. Everything from the voice to the physical movement seemed to perfectly match the character from the comics and Dafoe was able to truly put on a terrifying and evil performance.

And then Garfield certainly stole every scene he was in. (No surprise Garfield is up for a Best Actor Academy Award for another movie in which he stars.)

Despite his Spidey movies not being recognized as Marvel-ous, Garfield gives us glimpses of gut-wrenching emotional scenes and perfect comedic timing that make him an absolute favorite. Garfield perfectly captures the heartbreak and emotional void that Peter feels after losing Gwen at the end of the Amazing Spider-Man 2, while also showing the humor that Peter uses to move himself past it.

However, it’s Holland who truly outshined everyone in the movie. He is the only Peter Parker to accurately portray him not only as a superhero but also as a teenager.