High. How are things up there? 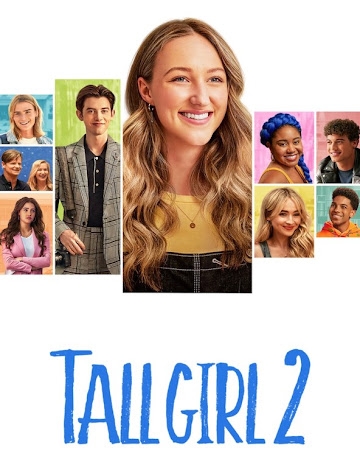 Introducing the sequel that literally no one asked for: Tall Girl 2!

Following the success of the first Tall Girl movie, Netflix decided that they needed more money— I mean, an opportunity to continue the beautiful coming of age story of a girl whose biggest issue in life is that she’s kind of tall.

Why wouldn’t Netflix want to capitalize on this story at the “height” of its popularity?

The main character of Jodi stands at 6’1″, and most of the conflicts within both movies stem from that fact. However, in this film the issue is that she’s too tall, too popular, AND her short king boyfriend loves her too much. Truly the toughest life imaginable.

This movie is bad. Of course, most people expected it to be bad and watched the movie solely due to that fact, but I was genuinely surprised by how bad this movie is. The characters are all pretty insufferable, and there are like 10 separate subplots going on at the same time – which is a stretch – some of which quite literally go nowhere. But if you were expecting a masterpiece of cinema from Tall Girl 2, I don’t really know what to tell you.

I’m not going to spoil anything that happens in this movie, because even though I just ragged on it, I recommend you watch it. Obviously if you want an actual good film, stay away at all costs, but if you want a stupid and ironically funny movie that you can watch with your friends, Tall Girl 2 is the way to go.