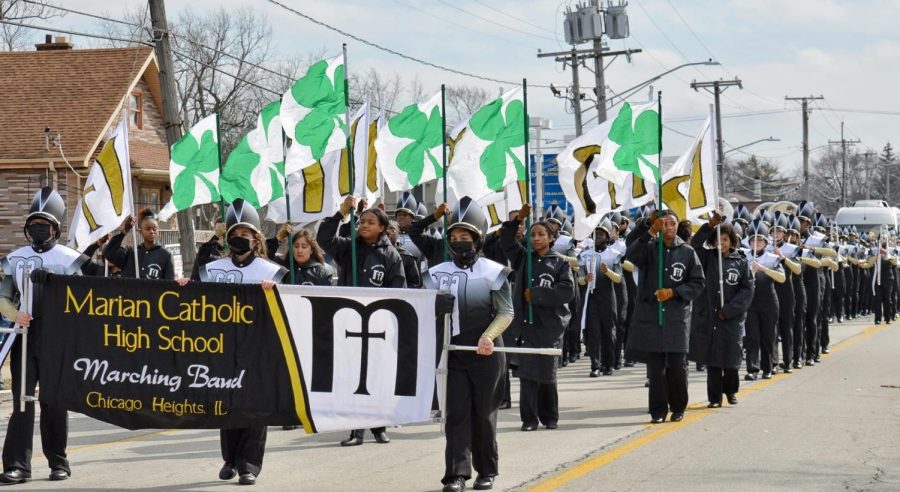 The Marching Band takes to the streets at the Tinley Park Irish Parade March 5.

For the Marian Catholic High School Spartan Band, the busy weeks are nothing new; they might even be typical for some.
Just over a week ago, the Spartans marched in March winning individual and group accolades.
The IHSA Solo and Ensemble Contest held March 5 gave the Spartans another forum to dominate.
In contests, from solo to ensemble competition, and out of a total of 87 competitors, three received a third division rating, 18 earned a second division rating and 63 achieved a first division (or top) rating.  But wait -there’s more – of those highly rated 63, 10 were perfect scores. 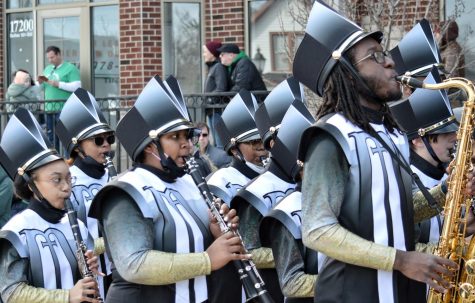 As if that Saturday’s competition wasn’t enough, the organized chaos of that day led to a different kind of showcase on Sunday, March 6.
The band marched its way into the Tinley Park St. Patrick’s Day Parade where the group took top honors.
Because of this success, the band will play on into the upcoming Spring Break.
For coverage of those upcoming events, stay tuned. 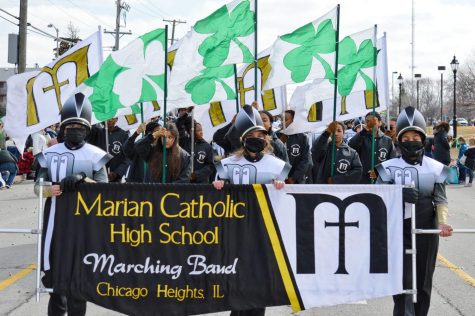