Parents, Learn from Lorelai: Being Strict Is Not the Way to Go!

Gilmore Girls Mom Can Be A Parental Role Model

From what I’ve seen, being a parent can be the most bittersweet thing in the world.

You don’t want your kids to grow up to be something disappointing.

You want them to trust you enough to tell them about your life.

You want them to be successful, so you shelter them.

But sheltering can turn into suffocating and that can open a whole new can of worms.

Some parents believe that being strict is for that better. They feel like it prevents their children from being reckless and troublesome. Yet that can be proven to be completely incorrect.

Most teenagers I know agree with the statement “Strict parents make sneaky kids.” I was watching “Gilmore Girls” and realized that the show was a perfect example of parenting from an iconic TV mom, just in time for Mother’s Day. Rory’s mom is not strict at all and yet Rory doesn’t do any of the things a parent fears their child of doing. She’s respectful, smart, and she’s overall a great kid. 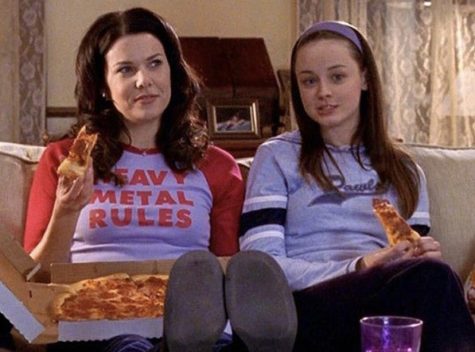 On the other hand, Lane, Rory’s best friend, has an outrageously strict mother. Lane end’s up doing nearly everything that her mother disapproves of, even though the things aren’t bad at all. Which is not the point, the point is even though Lane’s mother was strict and had a strict set of rules, Lane still found a way to do all of this without her mother knowing.

Teenagers are going to find a way to do what they want.

We can outsmart you guys most of the time whether you believe it or not.

Parents, if you are reading this, don’t act like you don’t know.

You watched “Gilmore Girls” before we were born.

And you told yourself that if you had a child you’d be like Rory’s mom.

The moment is now. 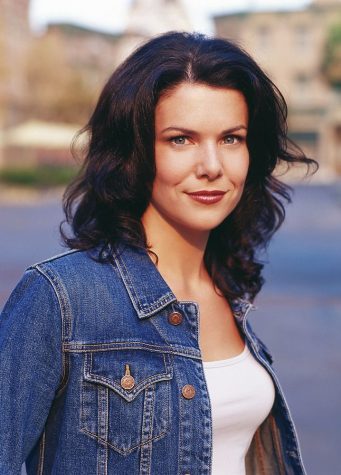 Now, I understand there are some things you just naturally don’t want your kids to do. Like drugs.

And I’m not saying let your kids run wild and do whatever they feel like they wanna do at the time. I’m saying you’ll be amazed by the number of things you can prevent your kids from doing by not suffocating them. Having all of these rules just frustrates them and makes them want to rebel against you completely.

You want your children to talk to you as openly as Rory did to Lorelai.

My parents aren’t that strict. I feel like I can come to my mother about certain things and the same with my father. Because of this I don’t have the desire to do a lot of reckless things that some teenagers do because not only was I raised to not do those things, I don’t feel like I have to rebel against my parents. If we’re being honest that the reason a lot of teenagers do stupid things. It’s either to fit in or rebel against their parents.

If you’re a parent reading this, you might not want to take advice from a 16-year-old. But when it comes to connecting with your son or daughter, who’s in a better position to advise you: a theologian, a truck driver, a telemarketer?

Let’s compare the relationship between Emily, Lorelai’s mother, and Lorelai to Rory and Lorelai’s relationship. Emily was very overbearing to Lorelai and Lorerai decided to take a different approach by raising her daughter trying to break generational curses. Something that has been proven to be a great idea. Break those generational curses by trying no to do what your parents did to you, to your own children. 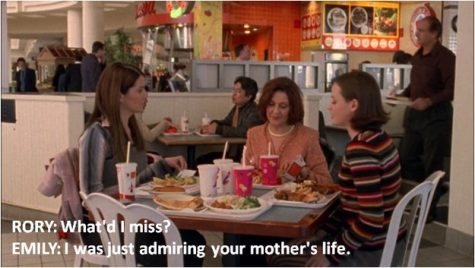 If you think about it, sheltering and “babying” your kids, especially if they are a teenager, is the worst thing you can do to them. If you don’t train your kids to have some kind of independence then when they become older they will be constantly dependent on you. An adult that is completely dependent on their parents is not an adult-in-waiting. Considering college is right around the corner for us teenagers – a first step toward true independence – it’s healthy that we start to find a sense of their own independence at home where they are comfortable.

Being strict has little to no benefits to, not only the child, but also the parent. Let your kids live a little and trust that they will make the right decision because regardless, they are going to have to make their own decisions sooner or later. Make your life and theirs easier by letting them do it now. Trust me, it’s for the best.