The Tough Job of Being Lovable

Monsters at Work: A New, Refreshing Dose of Nostalgia 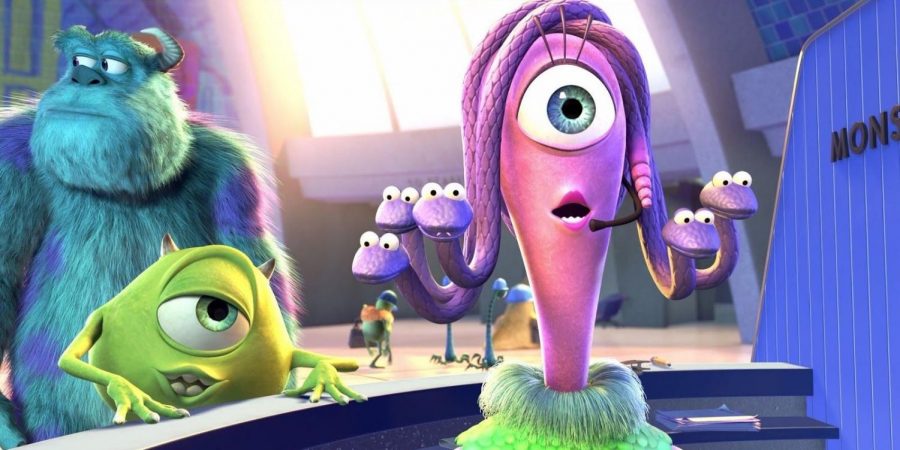 A scene from the new Disney+ series, "Monsters At Work."

Disney and Pixar have always had a knack for encompassing their older audience alongside their primarily young demographic, and the new Disney+ animated sitcom, Monsters at Work, is no exception.

Monsters at Work is a fun, light-hearted show with emotional depth moments peppered in that is entertaining from start to finish, and leaves the viewer with a warm feeling, similar to the feeling when finishing Monsters, Inc. for the first time.

The series picks up right where the film Monsters, Inc. left off, with a recent graduate from scaring school, Tylor Tuskmon, beginning his job at the factory, and, to his shock and demise, Tylor learns that Monsters, Incorporated are now transitioning from scream power to laugh power.  He is placed in the facilities unit due to his horrendous lack of comedic knowledge, and the series follows his journey of trying to become a jokester and the hijinks that ensue along the way.

The series has many familiar faces, with John Goodman and Billy Crystal both reprising their roles of James P. Sullivan and Mike Wazowski respectively, as well as recurring characters such as Celia, the Abominable Snowman, and Roz, who is replaced by her strikingly similar sister, Roze, introducing a ridiculous subplot of Wazowski trying to prove that they’re the same person.

Mike and Sulley are now the heads of Monsters, Incorporated, and their roles have switched since the first movie, now with Mike as the top jokester, and Sulley as his lovable assistant.  Each episode ends with a small segment of Mike teaching Comedy 101, exploring a different aspect of comedy each time.  It’s a nice, funny button to the end of each episode.

The new characters are just as lovable as the familiar characters, with Val, the perky college dropout, Fritz, the lovable old man, Cutter, the intriguing and hilarious divorcee, and Duncan, the mischievous control freak.  Each character brings something different to the table, and all play off of each other very well.

The show is by no means Emmy-worthy, but it’s still a fun watch and is entertaining all throughout.  If you grew up with Disney and Pixar, chances are you will love Monsters at Work.  Anyone looking for a lighthearted show to escape for a while should consider watching this show.  I give this show 9 Spartan Stars out of 10.